Mourning the loss of Her Majesty Queen Elizabeth II.

“Shaking the Foundations:
Will we stand or fall?”

14 March 2021 address by Dr David van Gend to the Toowoomba Branch of Australians for Constitutional Monarchy.

The passing of our Queen, Elizabeth II is a moment of great sadness for people not only in the realms and the Commonwealth but across the world.

She set the theme of her long reign in her address to the Commonwealth broadcast from South Africa on her 21st year when she declared that she would dedicate her whole life, whether it be long or short, to the service of the great imperial family to which we all belong.

She was to honour that and her Coronation Oath throughout her life and during her long reign.

Older Australians still remember the joy of the nation when on 3 February 1954 the SS Gothic steamed into Sydney Harbour and the newly crowned Queen Elizabeth II stepped ashore from the Royal Barge. She was the first reigning British monarch to visit the nation, and Australians turned out in their millions to greet her and Prince Philip with warmth, affection and loyalty.

And she responded by returning many times and in her concern for the nation, even becoming personally involved in aiding the resolution of the place of the states in the federation which culminated in the Australia Act, 1986.

On her Platinum Anniversary, she acknowledged the affection and loyalty of people in the realms and across the Commonwealth, signing it as ‘your servant Elizabeth’.

She was indeed Elizabeth the Great.

And now we have a new sovereign, King Charles III, who also has a deep affection for our land.

So we say with affection and loyalty, God Save The King and Advance Australia Fair.

Welcome to the OurConstitution.org web site.

Some people are working to change Australia's political system to a Secular Republic, with a President as the Head of State. The present Australian system of Westminister style of government, through the reserve powers of the Sovereign, as exercised by the Governor General, ensures that there is no concentration of power in one person or institution, as is the case in most of the Republics around the world.

This site has been prepared by members of the community. We are concerned that Australians are being encouraged to change our Constitution without really knowing what we are changing from. We are also concerned that many do not understand the implications of such proposals as a presidential system of government without a Governor General and without a Sovereign as Queen of Australia.

The Constitution belongs to the People of Australia, not the politicians. Australia was the first country to choose its Constitution by free, uncoerced and peaceful means. It has enabled Australians, for over 100 years, to enjoy a continuous period of liberty envied the world over.

See: The future of Australia’s monarchy ›

Sean Jacobs is the author of Thoroughly modern patriot: Australia, the monarchy and a fair fight. These remarks are adapted from a speech entitled ‘Being Modern Patriots’ given to the Australians for Constitutional Monarchy Toowoomba Branch on 11 September 2022. He writes at www.seanjacobs.com.au

Nick Hobson is the ACM’s Honorary Secretary. In his presentation he refers to developments since the founders of ACM and their dependence on a borrowed computer in the 1990’s to an efficient organisation using up-to-date electronic communications today. Nick Hobson has a distinguished flying career and a wealth of communication experience. 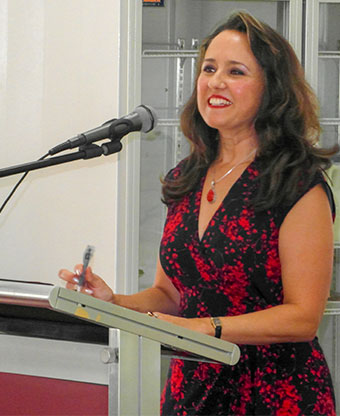 Sophie York was guest speaker on 8 September 2019 for the ACM Toowoomba Branch OGM: ‘Australia – the best country on the planet. How do we keep it that way in 2019?’
About Sophie & her 2019 address ›

Sophie York was guest speaker on 11 March 2018 for the ACM Toowoomba Branch OGM: ‘Australia – the best country on the planet. How do we keep it that way?’
About Sophie & her 2018 address ›